Do you know fuel cell anode and cathode? Today we will introduce.

What is a fuel cell?


A fuel cell is a chemical device that directly converts the chemical energy possessed by fuel into electrical energy, also known as an electrochemical generator. It is the fourth power generation technology after hydropower, thermal power generation and atomic power generation. Because the fuel cell converts Gibbs free energy in the chemical energy of the fuel into electrical energy through an electrochemical reaction, it is not limited by the Carnot cycle effect, so the efficiency is high; in addition, the fuel cell uses fuel and oxygen as raw materials; There are no mechanical transmission parts, so there is no noise pollution, and very little harmful gas is emitted. This shows that from the perspective of saving energy and protecting the ecological environment, fuel cells are the most promising power generation technology.

The fuel cell is an energy conversion device. It is based on the electrochemical principle, that is, the working principle of the original battery, which converts the chemical energy stored in the fuel and oxidant directly into electrical energy at an isothermal temperature. Therefore, the actual process is a redox reaction. The fuel cell is mainly composed of four parts, namely anode, cathode, electrolyte and external circuit. Fuel gas and oxidizing gas are introduced from the anode and cathode of the fuel cell, respectively. The fuel gas emits electrons on the anode, and the electrons are conducted to the cathode through an external circuit and combine with the oxidizing gas to generate ions. Under the action of an electric field, ions migrate to the anode through the electrolyte, react with the fuel gas, form a loop, and generate current. At the same time, due to its own electrochemical reaction and the internal resistance of the battery, the fuel cell will also generate a certain amount of heat. In addition to conducting electrons, the cathode and anode of the battery also act as a catalyst for the redox reaction. When the fuel is hydrocarbon, the anode requires higher catalytic activity. The anode and cathode are usually porous structure to facilitate the introduction of reaction gas and the discharge of products. The electrolyte plays the role of transferring ions and separating fuel gas and oxidizing gas. In order to block the mixing of the two gases and cause a short circuit in the battery, the electrolyte is usually a dense structure.

At present, the electrodes of high-temperature fuel cells are mainly made of catalyst materials, such as Y2O3-stabilized-ZrO2 (abbreviated as YSZ) of solid oxide fuel cells (referred to as SOFC) and nickel oxide electrodes of molten carbonate fuel cells (abbreviated as MCFC). The low temperature fuel cell is mainly composed of a thin layer of catalyst material supported by a gas diffusion layer, such as the platinum electrode of phosphoric acid fuel cell (PAFC) and proton exchange membrane fuel cell (PEMFC). [4]
Electrolyte separator
The main function of the electrolyte separator is to separate the oxidant and the reducing agent, and to conduct ions, so the thinner the electrolyte separator, the better, but it also needs to take into account the strength. As far as the current technology is concerned, its general thickness is about tens of millimeters to hundreds of millimeters As for the material, there are currently two development directions. One is to first make a porous diaphragm with insulating materials such as asbestos (Asbestos) film, silicon carbide SiC film, lithium aluminate (LiAlO3) film, and then immerse in molten lithium-potassium carbon Among the acid salt, potassium hydroxide and phosphoric acid, it is attached to the pores of the diaphragm, and the other is the use of perfluorosulfonic acid resin (such as PEMFC) and YSZ (such as SOFC).
3. Current collector
current collector is also called bipolar plate. It has the functions of collecting current, separating oxidant and reducing agent, and channeling reaction gas. The performance of the current collector mainly depends on its material characteristics, flow field design and processing technology.

What is an anode? What is a cathode?

The electrode can be divided into two parts, one is the anode and the other is the cathode, the thickness is generally 200-500mm; the structure is different from the flat electrode of the general battery, because the electrode of the fuel cell is porous The main reason for the design of the porous structure is that the fuel and oxidant used in the fuel cell are mostly gases (such as oxygen, hydrogen, etc.), and the solubility of the gas in the electrolyte is not high. In order to increase the actual operating current density of the fuel cell With the reduction of polarization, porous electrodes have been developed to increase the surface area of ​​the electrodes involved in the reaction. This is also one of the key reasons why fuel cells could enter the practical stage from the theoretical research stage.

What are the types of fuel cell anode and cathode before?

Phosphoric acid fuel cells (PAFC), proton exchange membrane fuel cells (PEMFC), molten carbonate fuel cells (MCFC), solid oxide fuel cells (SOFC), phosphoric acid fuel cells (PAFC), as early as in the 1970s in Europe At the Federal Institute of Heidelberg in Germany, the SOFC power generation device with a circular tube or semicircular tube electrolyte structure has been developed, and the single cell has good performance. In the late 1980s, under the influence of the United States and Japan, the European Community actively promoted the commercial development of SOFCs in Europe. Germany’s Siemens, DomierGmbH and ABB Research are committed to developing kilowatt-class flat-plate SOFC power plants. Siemens also cooperates with the Dutch Energy Center (ECN) to develop open-cell SOFC cells with an effective electrode area of ​​67 cm2. ABB Research Company developed an improved flat-plate kilowatt-class SOFC power generation device in 1993. This battery has a metal bipolar structure and was tested at 800°C with good results. It is now considered to be made into a 25-100kW class SOFC power generation system for home or commercial applications.

What are the materials recommended by BAOJI HIGHSTAR TITANIUM METAL？ 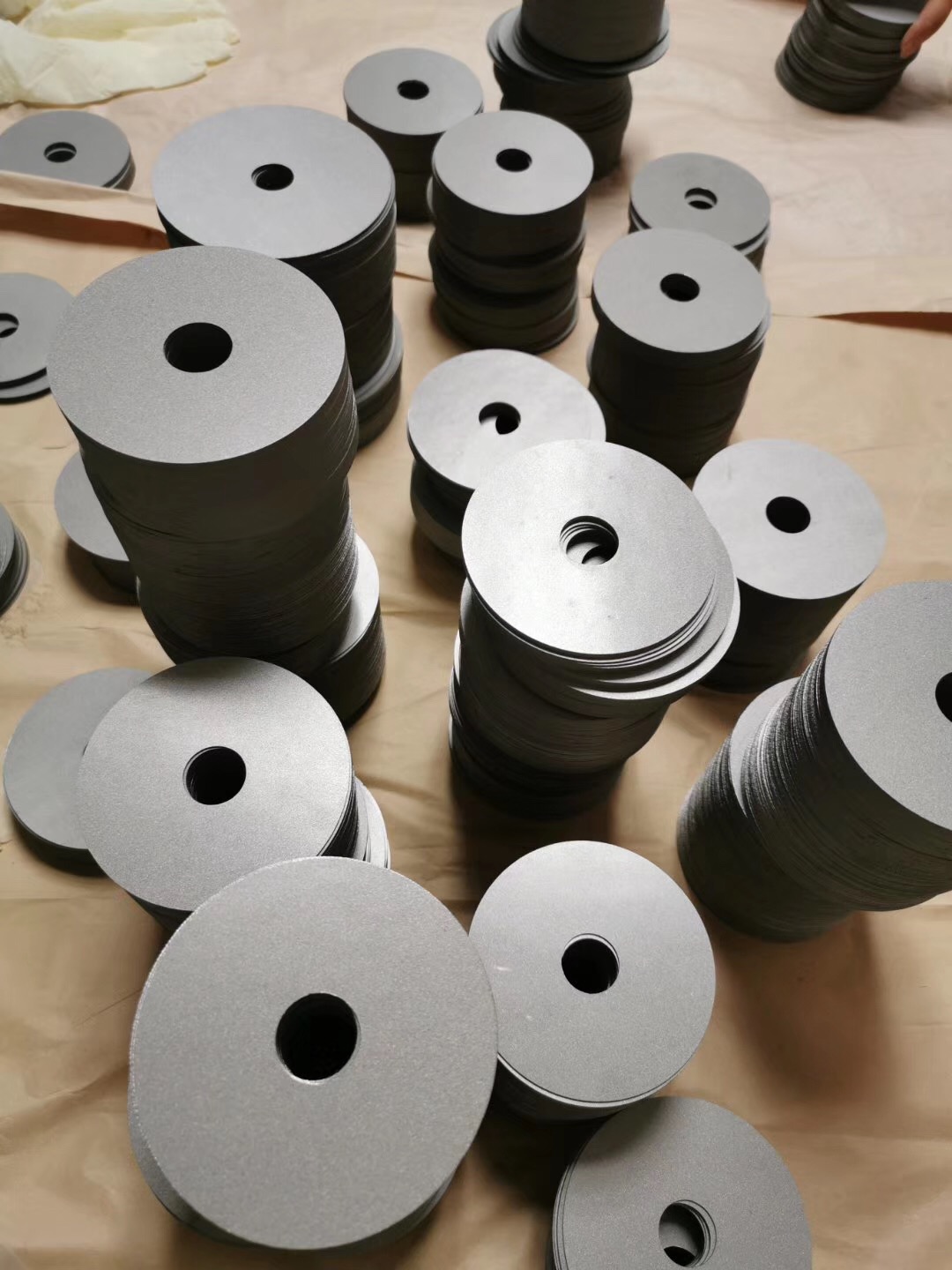